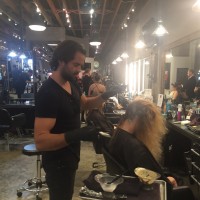 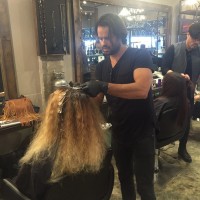 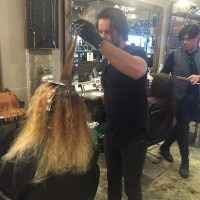 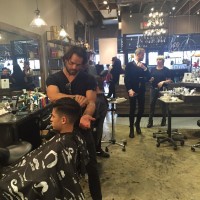 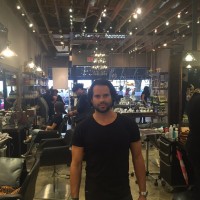 Joel is an Experienced Hair Styling and Coloring Expert

He has been working in the beauty industry, specializing in hairstyling and coloring, since 1996.

Joel started his career in his native Puerto Rico, where he had an opportunity to work closely with many celebrities. These opportunities eventually led to him to become a staple name in the local beauty and entertainment industry.

Having established himself as one of the top stylists in Puerto Rico, Joel chose to expand his career and opportunities in hairstyling by moving to Miami, where many of his celebrity clientele had taken residence. Since joining Avant-Garde four (4) years ago, Joel has increased his list of celebrity clients including singer PW; formerly known as PeeWee and television personality Rodner Figueroa, Univision’s fashionista and host of Sal y Pimienta. Since 2003, Joel has been Ricky Martin’s hair stylist – and that’s pretty impressive on its own!

Joel also collaborates closely with Univision’s top rated reality shows - Nuestra Belleza Latina and Mira Quien Baila – where he is responsible for creating the concept and styles for the beauty pageant contestants and celebrities. His work has been widely published and featured in various TV ads and commercial campaigns. Joel has a relentless commitment to stay current with the latest hairstyle fashions by attending hair shows around the country and successfully completing special certifications such as the prestigious Wella Coloring System.

His experiences and skillful mastership of the scissors, together with his overall use of current techniques makes Joel a great choice for a new stylist if you’re considering a change.  Joel is a trustworthy stylist to every client who will be completely satisfied after experiencing Joel’s unique style.

We’re extremely glad to have Joel as a part of the Avant-Garde Team!